“Love is a strong word”

On my way into work I was struck by the amount of times I saw the word ‘Love’. Shop windows proclaiming how much you will ‘love’ their products, graffiti love hearts and words of ‘love’ and posters on bus stops sharing stories of love. 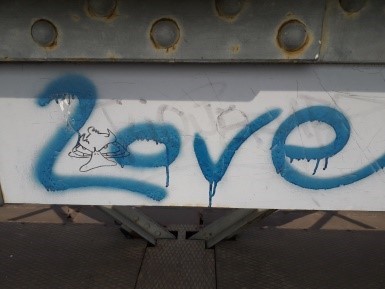 We are surrounded by love and take it for granted that it is part of life. So why has it become such a radical thing to discuss in the early learning and childcare sector and indeed the wider care sector? There is a real fear about that tiny little word ‘love’.

In my recent study, http://janeymphd.blogspot.com/ I investigated what the barriers are to working with children and families in a way which is openly loving and professional. Parents in my study told me that they did want their child to be loved when they were at nursery, with one saying “Yes, I want the staff to love my child, I feel they almost take over my role as parent”. Many of the parents repeated this view however there was often the caveat that it was a ‘different’ kind of love. This struggle with defining love was a strong theme in my study, with there being many different definitions, which did not quite always match the situation.

Love is complex. It means different things to different people on different days with different people. However, fundamentally it is an emotional reaction to an interaction with another person. We live in a complicated society which has many, perceived and real dangers, and love is scary. Because of its multiple meanings for people it becomes easier to just not talk about it and instead use alternative words such as ‘compassion’; ‘care’ and ‘nurturing’. Parents shared this reluctance with one saying that while she had never really thought about it, she believed the staff were ‘fond’ of her children and if that translated into ‘love’ then yes she wanted them to love her children. 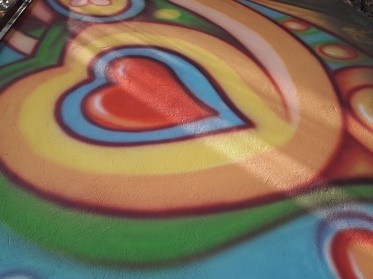 My study focuses partly on the role of the policy makers in bringing love into the language of early learning and childcare. Many of the practitioners I spoke to told me that while they knew how important love was to the children and families they cared for they felt restricted by the rules. They felt that while the guidelines they work with didn’t really say they were ‘allowed’ to love the children they held back saying they did. The practice is out there – the policies need to change.

The Scottish Government have courageously opened the conversation around how love can be brought into ELC with key expansion policy documents including the word ‘love’. While this can be argued is not enough to change practice and minds it at least starts the conversation. With children being in childcare for 1140 hours the use of this language enables practitioners, who are, I would argue already loving in their practice, the freedom and permission to open the discussion around how love fits in with their professionalism.

Doctoral Student – The University of Edinburgh

Also in this issue

Other articles published in our April 2019 newsletter

Other articles about early learning: